Our client in Indonesia was established in December 1933 and has grown to be one of Indonesia’s leading Fast-Moving Consumer Goods company. ESCO worked alongside a consultant firm to ensure that the objectives were met and delivered.

This was our first project with the client and the entire project took approximately a year, from start to completion. The project covers almost all areas of AV works, from installation, cable management, programming to support and maintenance. Our client has envisioned a perfect meeting space and our team worked tenaciously to deliver a full working AV system with capabilities as defined based on the needs and intentions of our client. 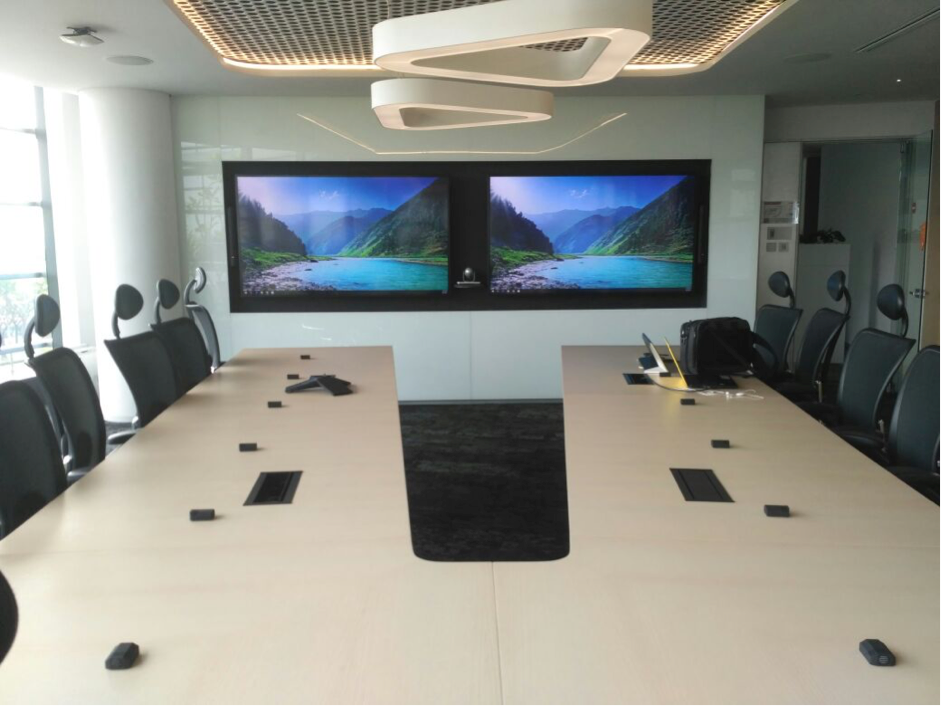 There are a variety of meeting rooms and spaces, from smaller rooms such as 2 pax meeting rooms to bigger spaces such as the multi-function spaces, town hall and auditorium. All of which naturally demanded for different designs and implementation of the audio visual system. The multi-function room is equipped with integrated partition censor with multiple input and output points, allowing the AV system to be combined or separated. The VR auditorium utilized the latest technology in projection system and edge blending coupled with painted curve screen surface. There is a IPTV system that covered all level and integration of irregular video wall with advance wall system. The town hall can also be used as PA for the entire building. In total, there are 196 rooms.

Our team aimed to provide a simplistic control for users encompassing the sophistication and complexity of the systems.

The audio systems used in this project included a wide variety of audio equipment and brands. For the inputs, a mixture of DGX and DVX systems and Shure Microflex were used while Crown and JBL were used for the outputs.

AMX systems were used for the video and control systems. They were chosen for their quality, compatibility and ability to be tailored as per request.

During this year long project, the team met with a few challenges. One of the challenges encountered is to install and integrate the audio system to each type of rooms, designed with minimalist design and with each square meter of the room calculated for upmost efficiency. There is almost no room for changes or errors. Also, the GUI for the control system has not exactly been the easiest. The design had to be simple yet concise; the complete functions of the equipment must be incorporated into a small touch panel.

In all, this project is a proven concept where cutting edge AV and control systems can be seamlessly integrated into a green environment and ultimately, a nod towards smart building.