International Women’s Day: 3 Misconceptions of Women in the IT industry. 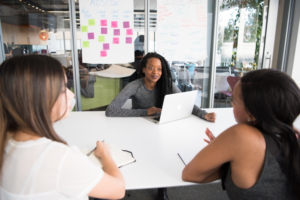 ‘’Many women don’t believe that they deserve the role they’re in. They should reach out for more.’’ – Olivia Ruello, CEO of Business Chicks

From Augmented Reality to Holograms, the IT industry have been growing rapidly over the recent years. Many individuals from all different backgrounds are becoming more riveted into joining the IT industry. Thus, working in an IT company that provides equal empowerment opportunity and treatment regardless of the race, religion, sex or age becomes an important factor when it comes to any individual that wants to pursue the IT industry.

A research done by McKinsey stated that there is a high influx of women taking up positions that are IT related such as Information Systems Security manager, Software engineer and even programming in recent years. Furthermore, another research by ,,Credit Suisse have shown that organizations with at least one female board member have a higher return on equity than those that did not have any women on the board.

1. Women don’t seek for promotions in the IT industry. 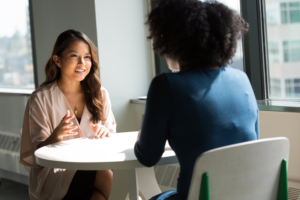 When it comes to women seeking for promotions in their career, many have the backdated mindset whereby women are only working to sustain and to contribute to the household. However, there are many women out there that are career driven and are working hard to be successful in their career.

A research that was done by Spiggle have found that senior leader positions are less available for women and this is due to having lesser opportunities to show their capabilities as they are often overshadowed by men. This is due to the nature of the IT industry that are usually male dominated which in turn can be a hindrance for any women to progress in their career. For example, promotions are often given to men with more technical skills in the IT industry because of the social stigma in which men are often better at solving technical issues than women.

Furthermore, a research done by McKinsey & Company shows that at least 33% of working women believe that their gender plays a role in getting a promotion whereas there is only 8% of men that mentioned the same thing. This shows that women are afraid to show their capabilities in the workplace, knowing that they are unable to be promoted in the company.

Even though working in the IT industry often can be a challenge for women due to the social stigma and the society that we live in, many women are still striving hard for high level positions in the IT industry.

2) Women do not have any technical knowledge in the IT industry. 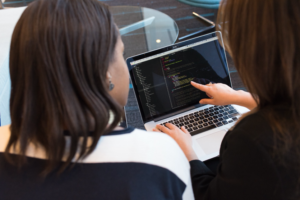 A research done by Harvard Business Review have shown that women are more likely to excel in managerial role that involves managing relationships with clients and colleagues. However, managerial roles in the IT industry are perceived to be less valuable than roles that requires high technical knowledge and skills. Even though having IT knowledge is great in the IT industry, people with more technical skills are deemed to be more valuable in the company. Thus, there are more men than women in the IT industry as many companies perceived that men are more equipped with technical skills than women.

This misconception has led hiring managers in IT industry to hire more men than women thus, giving little opportunity for women with high technical IT knowledge to pursue their career. As such, companies should be more receptive in allowing women to work in more technical roles in the IT industry as some of them have a more technical skills than men. For example, to promote diversity in the workplace, companies could also offer courses or even workshops for women be equipped with relevant technical skills.

3) Gender equality is not an issue in the IT industry. 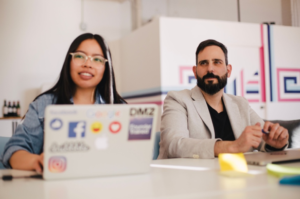 Knowing this, women in the IT industry are still struggling to compete with the male counterparts at work. This could be in terms of the stereotypical mindsets of higher management that men are better than women in IT, inability to show capabilities as they are often overshadowed by men and also, women are meant to work in managing relationships instead of working in roles that requires technical skills.

With that being said, companies should take into consideration in implementing practices and rules to promote gender equality in the IT industry. In most workplaces, gender inequality sometimes happens accidentally. For instance, a team leader might always request that a female subordinate to take notes during meetings and calls with client, instead of her male colleagues. Such incidents like this happens all the time and they are usually pushed aside. One of the examples to mitigate the issues is that companies can sent surveys either monthly, quarterly or biannually to identify any gender biasness in the workplace. This is to ensure that the company can achieve gender equality and eliminate any biasness that happens in the workplace.

All in all, IT companies should be more inclusive and receptive to women who would like to pursue their careers in the IT industry. Many studies have proven that a company that promotes gender equality tend to outperform those who do not. As such, practices and rules such as sending out surveys should be implemented to ensure that there is equality in the workplace.