IT Company Installation by ESCO Philipines

ESCO (Philippines) had the honor to venture into a project with a renowned IT company with more than 17,000 employees operating globally, offering technology protection services to retail and telecommunications companies in the US, Europe, and Asia Pacific. Our solutions have definitely added innovative communication and collaborative tools to their vibrant working environment. The team provided solutions for the company’s facilities – a total of four floors (17th to 19th and the 21st), 7 different rooms, and the reception area of each floor.The purview of this project includes installation of AV and VC equipment in Huddle Rooms, Meeting Rooms, the Boardroom and a Townhall consisting of smaller rooms that can be opened into 1 big multi-purpose room.

The Townhall area consists of two 98” LG Displays and two 86” LG Displays occupying both training rooms and the conference room. Three units of Aver Cam520 conference cameras are utilized for video conference – integrated on the AV system using Extron HDMI and VGA cables for end-user direct presentation. The whole system is integrated through an ESCO created program uploaded on the Crestron touch panel where the end-user can easily control and select desired functions. 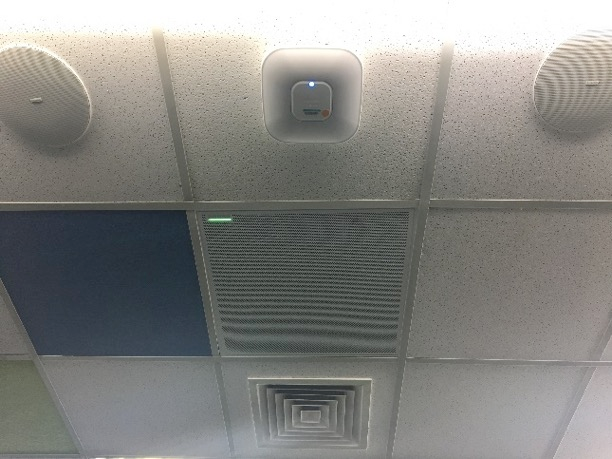 Extron Ceiling speakers and Shure Ceiling microphones were installed throughout the ceiling, and is extended to the pantry which can be also combined into a townhall set-up. Two 65” displays were installed in the pantry that serve as an extension of the display for the townhall set-up. When used individually, the monitors may be used for recreation.

In addition to the AV and VC system, the team also installed an EPSON Projector in the training room, and a motorized projector screen in the conference room, facing towards the expandable training rooms and pantry mainly to accommodate the whole townhall area. Positioning the projector screen, due to its sheer size, was probably the most challenging part of the project. 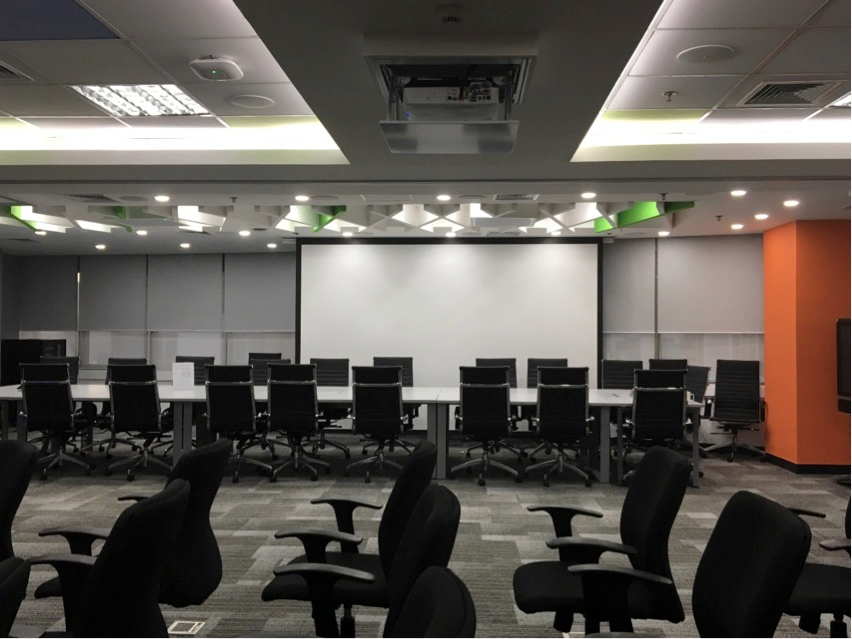 Each meeting room is composed of a simple video and audio system with a 60” display, Aver Cam520 integrated with the client provided Mac Mini for video conferencing, and an HDMI cable installed on the table that allows users to access and utilize the system.

Two units of 70” Sharp displays, Shure Ceiling Microphones, Extron Ceiling Speakers, and an Aver Cam520 are all integrated through an ESCO designed program in a Crestron touch panel.

The Huddle Rooms are composed of a simple, direct HDMI connection for local presentations. This solution has to provide quick and easy access for the users. In addition, Digital Signages were installed in the reception area mainly for internal news and announcement displays.

The installation is now complete, and currently, testing is being done to see if program modifications are needed. Satisfying our client was the goal we had in mind, and after the project was completed, we can truly say that the project was a big success.